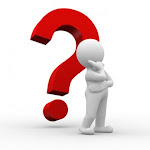 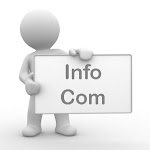 And the winner is... (Votre top ten général) 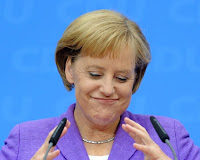 I have the honour to write you in regard of the duties of the European Central Bank (ECB). You will find 2 documents in attachment. I sent them to the President of the ECB.
1. My personal letter tells him that the credits of the ECB must be used for the purchase of public debt. Because the debt is heavy for the populations of Europe, they do not deserve to be obliged to take in charge the heavy budgetary adjustments of our economies. Interests are budgetary expenses. Budgetary adjustment falls too often on the shoulders of the weakest group of our societies.
2. A "carte blanche": an expressed opinion in the Belgian newspaper "Le Soir" where a former Prime Minister of France, Mr. Michel Rocard, and Mr. Pierre Larrouturou tell that we can now use the present European rules in regard of the ECB to lend money to the states. ECB may lend to the EIB at a very low interest rate and the EIB may lend to the States at a very low interest rate too.

Sehr geehrte Frau Merkel, we are now in a time of war between the cynical financial powers and the people of Europe. The populations of Europe suffer because the heavy indebtedness of the States and the usury qualifying the interest rates that are demanded to the States. Interests to pay mean public expenditures that run in competition with socio-economic needs. Please remember that European countries have ratified human rights treaties. They must respect these treaties. Your country has also ratified the International Covenant on Economic, Social and Cultural Rights. You may not put in place economic strategies that hinder other countries to realize the socio-economic good. By accepting the ratification of the International Covenant on Economic, Social and Cultural Rights, Germany has given a message to the world: Germany will do everything that is possible to develop these human rights. This pledge does not permit you to go backward. International cooperation is also required. The pledge has also a value in regard to the international institutions where you are involved. Germany is involved in the European Union: the German international pledge is there also of application. The COMMITTEE ON ECONOMIC, SOCIAL AND CULTURAL RIGHTS has told that the dispositions of the Pact are not only programmatic but are effective obligations. That means that actual results must be obtained. It means too that socio-economic expenses are a priority in regard to the interests to pay to the financial actors. By new rules for the ECB you can avoid that populations suffer from severe budgetary adjustment.

The main problem is that most of the financial actors have not been responsible in regard to their duties of a sane monetary creation. The economic problems of today are deeply interrelated with the mismanagement of these last years. The banks have misused their monetary power for maximizing their profit and the profit of their managers. They wanted to be big, multinational. They were deeply motivated by avidity and they have brought European countries in the very difficult economic conditions of today. Because the systemic risk they wear, countries have been obliged to use public funds to save the banks. And most of the managers have benefitted of the impunity for their actions contrary to the common good.

Your country has not hesitated to use the monetary creation to facilitate the German reunification. Immense amounts of Ost Marken have been converted in DM and it has been a very important monetary creation. The amount of DM put in the European economy has produced some inflation in the neighbour countries. I remind that in regard of my salary of this time. Your country has so avoided to ask to the financial markets to create DM. This inflation was tolerable.
This right used by Germany may not be denied to other countries. It would be unfair. We are now in a dangerous situation for the people of the Union and need to use all possible mechanisms to avoid useless sufferance to the people. Because we also, "Wir sind das Volk".
So the other countries have also the right of monetary creation. And because this right has been conceded to the ECB, ECB must use monetary creation to help to resolve the indebtedness of the nations. UK has used the monetary creation of the central bank of England and they keep their AAA. Why not the countries of the Euro Zone ?

"Wir sind das Volk !" I ask you to change the treaty of the European Union to permit to the ECB to lend money to the member states of the Euro Zone, without any obligations to go through the banks.

I hope you will examine carefully my request. Since World War II and because of it, Germany has an infinite responsibility in building a prosperous Europe for all European citizens. Germany needs to assume this inheritance; there is no alternative.

Copy of this letter is sent to Mr. Herman Van Rompuy, President of the EU, Mr. Nicolas Sarkozy, President of France and other personalities and institutions.